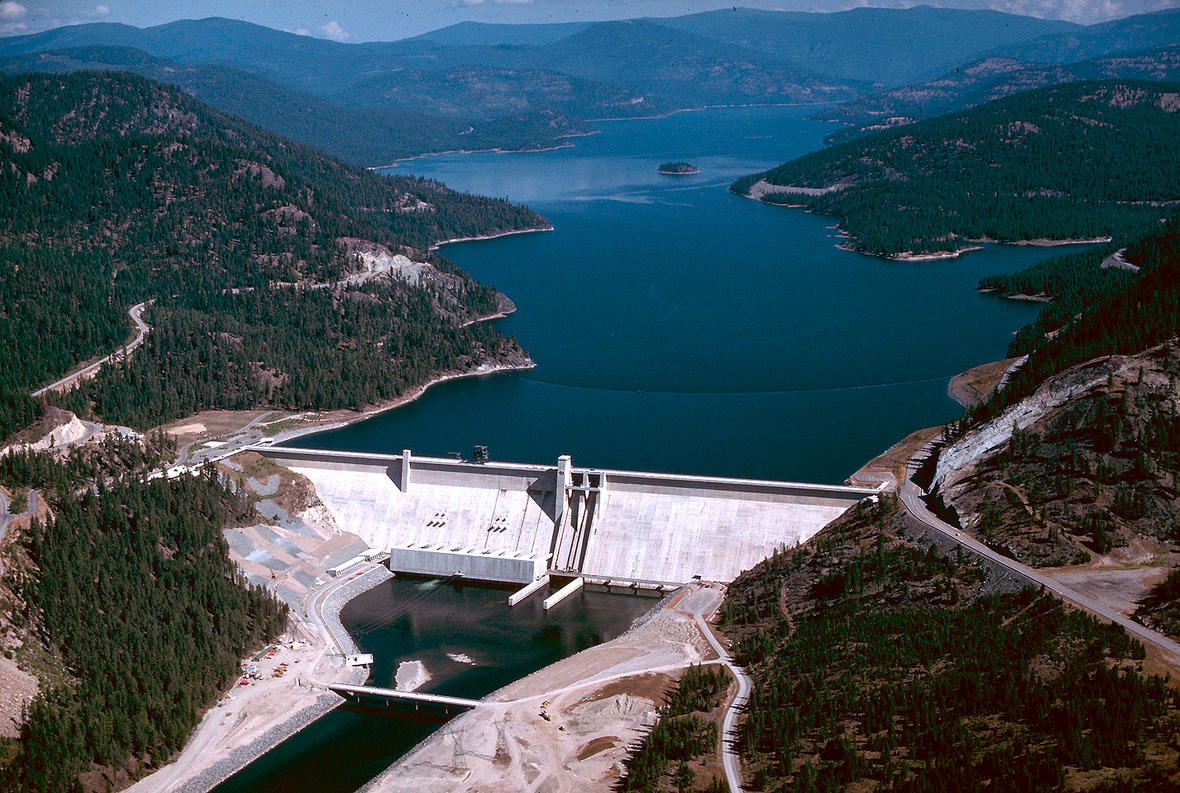 This is thanks to a new modeling framework by the U.S. Geological Survey that lays out how to use available, site-specific data within a proven modeling approach to understand how selenium may move and build up in the Lake Koocanusa ecosystem.

“I’m excited for the release of this modeling framework,” said USGS scientist Karen Jenni, lead author of newly released report. “It represents another important step in our continued collaborative work to understand the risks of selenium in the reservoir, and provides the structure for using existing and future data to support regulatory decision-making. So even though we have more work to do, the framework will hopefully allow us and other agencies to target research and monitoring efforts on where they’re needed most.”

Lake Koocanusa is a 90-mile long transboundary reservoir in northwestern Montana and southeastern British Columbia, created in 1972 with the completion of Libby Dam. The basin contains critical habitat for the endangered white sturgeon, threatened bull trout, and westslope cutthroat trout, which has been identified as a species of concern by Montana and British Columbia.

Selenium is an essential dietary element; however, too much of it can result in toxic effects. It can be highly toxic to fish and aquatic birds when it builds up in ecosystems, resulting in animals developing deformities or failing to reproduce normally.

Southern British Columbia has large reserves of high-grade coal, which is shipped globally for steel making. While of high quality, the coal resides deep within mountainous terrain along the Elk River Valley, which means mining the coal can produce a lot of waste rock. Selenium leaches out of this waste rock and into the Elk River, a tributary of the Kootenai River which forms Lake Koocanusa behind Libby Dam.

From 1992 to 2012, the amount of selenium entering the lake each year increased fivefold, from 2,600 kg in 1992 to more than 13,000 kg in 2012. As a result, the Montana Department of Environmental Quality declared Lake Koocanusa impaired by selenium, and Teck Coal Ltd prepared, and the British Columbia Ministry of the Environment approved, a water quality plan for the Elk Valley upstream from the lake.

In 2015, the Montana DEQ and British Columbia Ministry of the Environment and Climate Change Strategy established the Lake Koocanusa Monitoring and Research Working Group to study, understand, and address current and future water-quality concerns in the Lake Koocanusa watershed and to work towards joint solutions for managing potential selenium contamination including development of site-specific criteria for the protection of uses of the Lake.

In part because of the differences in recently-released U.S. Environmental Protection Agency water quality criteria for selenium and British Columbia’s selenium guidelines, the Lake Koocanusa Monitoring and Research Working Group has focused its efforts on developing site-specific criteria that will be protective of the species in Lake Koocanusa.

“That’s where our framework comes in,” said Jenni. “The model can incorporate data collected by all of the partners, use it to estimate bioaccumulation levels in fish and, ultimately, predict future concentrations in fish based on different potential limits on the concentration of selenium in water in the lake.”

The modeling framework leverages existing, published USGS methods and model for measuring selenium from various sources, tracking it as it spreads through an ecosystem, and estimating how much it will build up in the food web of a given ecosystem (e.g., ecosystem-scale selenium modeling).  It complements an earlier data release that documents recent USGS data collection and analysis of selenium levels in the lake.

A USGS report describing the model and its framework can be found here. The data release is available at the USGS ScienceBase website. Read more about how USGS science helps decision-makers here.