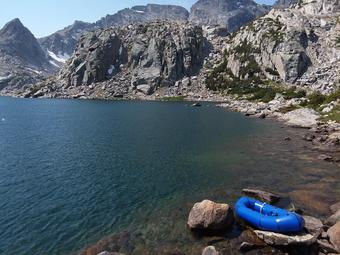 Scientists with the U.S. Geological Survey, Montana State University and the University of Wyoming studied climate change in the Greater Yellowstone Area (GYA) from 1950-2018. They evaluated how these changes could progress by 2100 based on various greenhouse gas emission scenarios and found that average GYA temperatures increased by 2.3 degrees Fahrenheit and could increase an additional 5-10 degrees Fahrenheit by 2100.

“Greater Yellowstone is valued for its forests, rivers, fish and wildlife,” said Steve Hostetler, a USGS scientist and co-lead author of the report. “The trend towards a warmer, drier climate described in this study will likely affect ecosystems in the region and the communities that depend on them.”

The report also found that by the end of the century, the GYA could see:

“The assessment is intended to provide the best available science on past, present and future conditions in the GYA so that stakeholders have needed information to plan ahead,” said Cathy Whitlock, Regents Professor Emerita of Earth Sciences at Montana State University and report co-lead author.

The report also documents the effects of climate change on the GYA over recent decades, including:

Elk are one of many valued species in the Greater Yellowstone Ecosystem. (Credit: Bryan Shuman, University of Wyoming)

“The decrease in snow is due to the increase in temperature over time, which caused more precipitation to fall as rain instead of snow,” said report co-author Bryan Shuman, Wyoming Excellence Chair in Geology and Geophysics at the University of Wyoming.

These ecosystem changes can impact people in the region in numerous ways, according to the scientists, including elevated temperatures and summer water shortages that affect agriculture and increased wildfires.

“Based on nearly 50 interviews with community leaders, city officials, agencies, businesses, citizens, ranchers and Tribal leaders, water and the need for more climate information are top concerns for folks in the GYA,” said co-author Charles Wolf Drimal from the Greater Yellowstone Coalition.

The new report is a collaborative effort by scientists, resource managers, non-profit organizations and Tribal communities from Montana, Wyoming and Idaho. For more information on research in the GYA, please visit the USGS Northern Rocky Mountain Science Center, Montana State University and University of Wyoming websites.

A hiker takes in the view of Yellowstone River with Electric Peak in the distance near Gardner, Montana. (Credit: Scott Bischke, MountainWorks, Inc.)

Gallatin River in flood near Big Sky, Montana, taken mid-June 2011. The USGS and partners study the effects of climate change on the Greater Yellowstone Area.