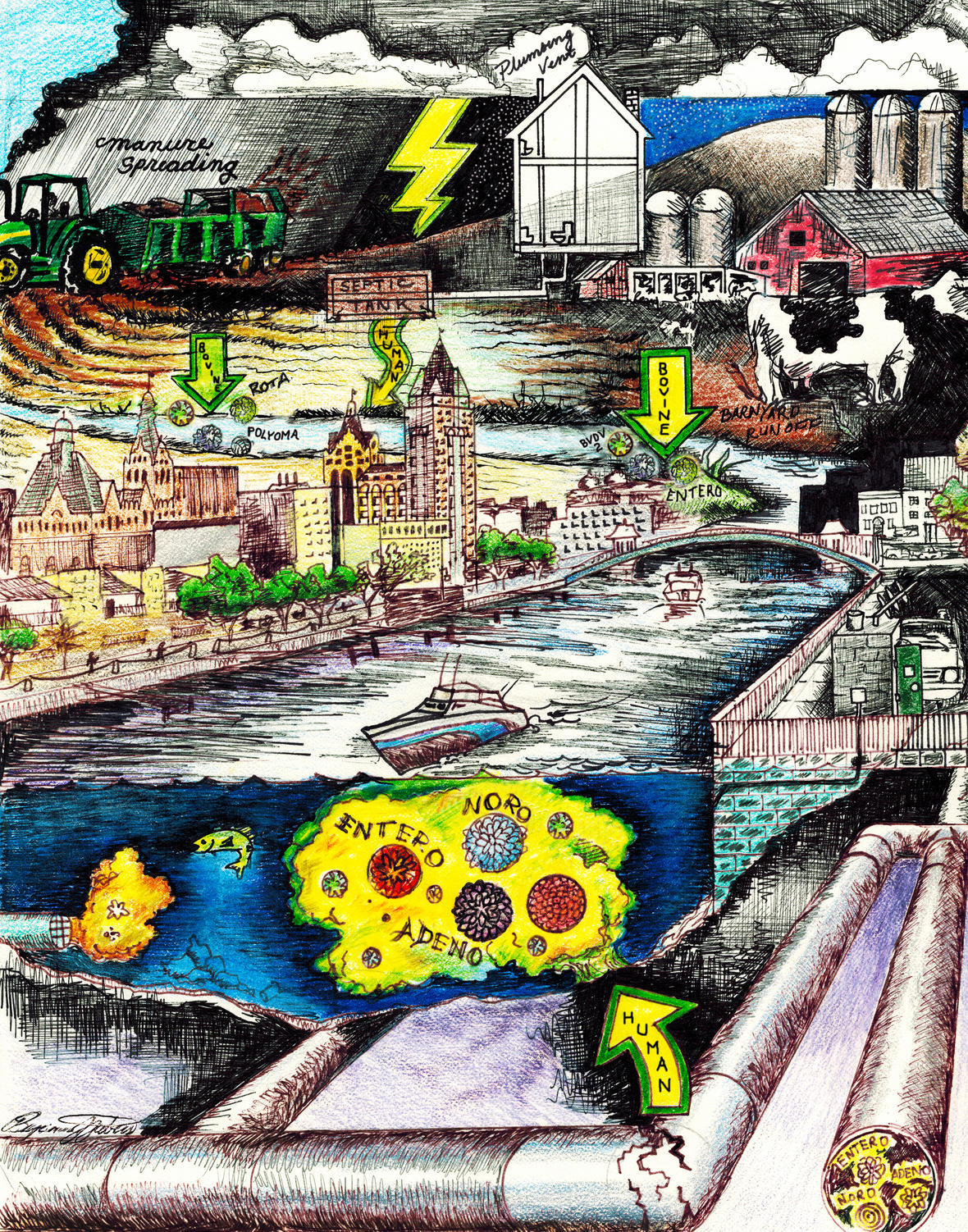 Scientists with the USGS and U.S. Department of Agriculture tested 290 water samples from eight rivers in the Great Lakes Basin from February 2011 to June 2013. The two most frequently detected pathogens were human adenovirus C, D and F in nine percent of samples, which can cause minor respiratory illnesses in people, and bovine polyomavirus in 11 percent of samples.

“Fecal contamination by human pathogens is a potential human health hazard when present in recreational or drinking water, and bovine pathogens can be a health hazard for dairy operations,” said Peter Lenaker, a USGS scientist and the lead author of the study. “Results from our study can help managers develop effective water-quality management strategies to minimize pathogen exposure risks.”

Human viruses were present in 16 percent of the total number of water samples. They occurred most often and at highest concentrations in the River Rouge in Michigan, followed by the Clinton River in Michigan and the Milwaukee River in Wisconsin. Samples from these three locations had greater than 25 percent urban influence and more than 2,900 people per square kilometer (km2).

Bovine viruses were most common in the Manitowoc and Milwaukee Rivers in Wisconsin. These two sampling locations had greater than 40 percent agricultural land influence and cattle densities greater than 50 cattle per km2. Overall, viruses from cattle occurred in 14 percent of the samples collected.

Human viruses can come from a variety of sources, including wastewater treatment run-off, failing wastewater infrastructure, malfunctioning sanitary sewers and septic systems. Bovine viruses can have sources that include direct cattle access to streams, and runoff flow from barnyards, pastures and manure application.

“Gastrointestinal viruses tend to be very specific to the animal they infect,” said Dr. Mark Borchardt, head of the USDA Agricultural Research Service laboratory that tested the samples. “When we find these viruses in the environment we know the exact source of the fecal pollution.”

The scientists also found that: