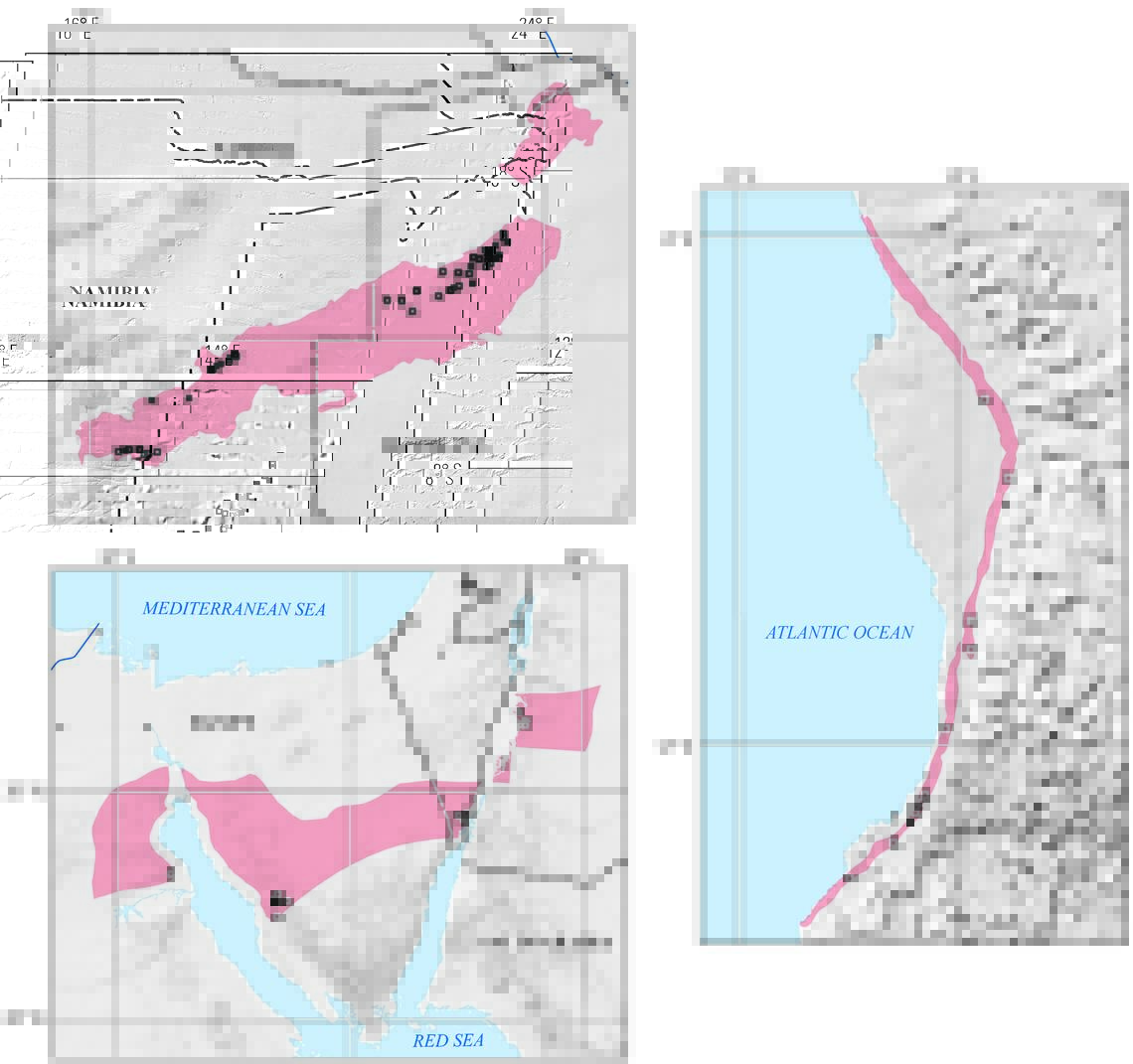 A new approach to ranking copper resources could result in identifying future supplies of copper while saving both time and money, according to the U.S. Geological Survey. This technique has been used to evaluate 10 areas of the world where undiscovered copper resources in sedimentary rock could be found. The areas are in addition to five, higher priority areas recently studied by the USGS.

Ultimately, the results of the assessment indicate that the top three areas in the ranked list are in Namibia and Botswana (Northwest Botswana Rift), Angola (Benguela and Cuanza Basins), and the Middle East (Egypt–Israel–Jordan Rift). The only area in the United States, an area in Montana (Belt-Purcell Basin), is ranked 6th on the list.

“This new approach has the potential to be a real boon in studying mineral deposits,” said USGS scientist Michael Zientek, the study’s lead author. “Not only is it faster and less expensive, it also gives us robust, quantifiable results to help us better direct our focus and resources in studying minerals.”

All 10 of these areas represent possible future sources of supply. Some currently have no significant mineral production. Montana’s Belt-Purcell Basin has only one operating mine in production. The areas are in addition to five, higher priority areas recently studied by the USGS.

Other areas have been known for some time to have significant copper resources. The Jordan-Israel-Egypt Rift was mined in antiquity and was a major source of copper for bronze-age cultures in the region.

The 10 areas ranked were included because they have a range of data quality and availability, as well as ample access to geologic, tectonic and mineral resource information.

“Copper is one of the critical and strategic minerals of our economy, making it a perfect choice to test this novel approach on,” said Larry Meinert, Program Coordinator for the USGS Mineral Resources Program. “Identifying and understanding our domestic mineral wealth is a vital part of ensuring the security of our supply chain for these resources.”

The new ranking tool works by taking expert opinions and breaking them into explicit and quantifiable criteria that can then be compared and ranked. Expert opinions are a traditional method of evaluating mineral deposits, but lack transparency. This approach not only brings a level of transparency, but also, as this latest research demonstrates, is straightforward and robust.

This new study is part of a larger Global Mineral Resource Assessment effort to update knowledge of the geologic setting, occurrence, and amount of the Nation’s and World’s copper resources.

Understanding the Mineral Resources of the Midcontinent Rift