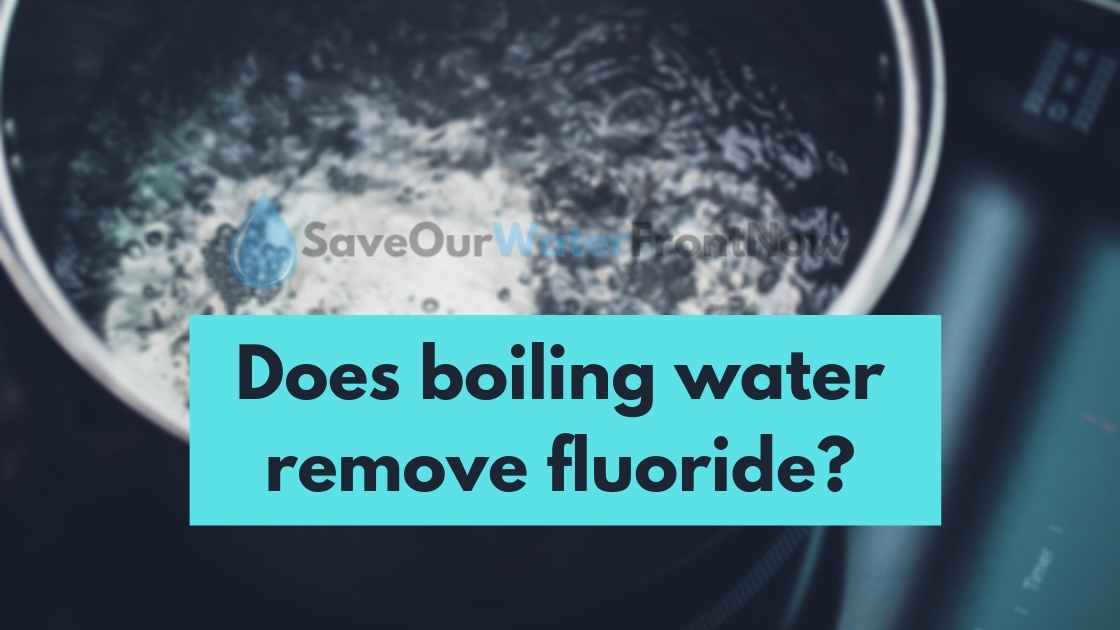 All of you have known the fact that boiling water kills all the possible microorganisms like bacteria,  water-borne viruses, or any pathogenic organisms that can make you ill or even kill you. Now, when it comes to purifying your water through the process of boiling it quite a lot of factors matter such as the amounts of impurities or chemicals in it or for how long you let the water boil. Accordingly, the boiling water reacts.  The big question is, does boiling water remove fluoride? This article is wholly for you to have a clear understanding of this.

Boiling water is known to be only beneficial, but it does not make water completely safe to consume. It does not have the capacity to boil out certain tough chemicals like fluoride. Fluoride is a chemical that occurs naturally in water, it is a kind of salt and its properties completely differ from the basic bacterias and other organisms that are easily removed from water, through the process of boiling it.

There are many ways some people assume will detect fluoride in water and also remove fluoride from water, but in reality, they are way too ineffective. Just because boiling water eliminates bacteria and other impurities, people are mistakenly bound to believe that boiling water will remove fluoride too.

But, that is false. Fluoride cannot be removed from water by boiling it. Boiling your water won’t do you any good, since the fluoride concentration in the water rises, as the water boils, the vapors getaway leaving the chemical behind.

Fluoride is a type of salt. It is not like chlorine that it’ll evaporate quickly because the volume of water reduces by the process of boiling, and the fluoride concentration goes up. When you boil water, as mentioned earlier, the concentration of fluoride increases leaving behind fluoride in the form of a salt, i.e. fluorine salt.

For instance, have you ever noticed what happened to the curry you left on your gas stove for too long? It definitely must have thickened, letting the water content getaway and leaving behind all the other ingredients like vegetables, spices, meat, salts, etc. This example can be easily applied to reasoning how fluoride still stays in a vessel of boiled water.

Is tap water safe to drink after boiling?

Boiling tap water is enough to remove all contaminants is nothing more than just a myth. Though boiling water is usually effective in killing microorganisms that make the water dangerous to humans, it does not kill all microorganisms.

Similarly, it does not remove contaminants such as turbidity, volatile organic compounds, and metals. In fact, boiling evaporates some of the water which can increase the concentration of other contaminants. Hence, just boiling tap water does not make it safe to drink.

Grand Rapids, Michigan was the first city in the United States to use fluoridated water.

Apart from being called nature’s best teeth healer, it has its own side effects too. Big amounts of fluoride can lead to dental fluorosis or skeletal fluorosis, which can quickly damage bones and joints.

This substance can occur naturally. It naturally occurs in minerals. Quite a lot of health issues are related to the excessive use of fluoride.

Even though you certainly must have heard of the benefits that fluoride provides us with, for instance like how good fluoride is for the teeth, at the same time it has adverse effects on health, bones, teeth, joints, neurological growth, and thyroid problems too.

Mouthwashes that contain fluoride, shouldn’t be used mainly for children below the age of 6 years. Even toothpaste that contains fluoride for children, can be harmful since children end up ingesting some of it and when they ingest the fluoridated toothpaste combined with fluoridated water, then it can actually cause problems with the teeth.

Besides these problems, fluoride can also harm human skin, it can cause acne, abdominal pain, reproductive issues, etc. Fluoride poisoning can also cause diseases of nausea, vomiting, seizures, and muscle spasms too. High levels of fluoride can stain all teeth.

How to get rid of fluoride in drinking water?

Keeping in mind the tremendous and adverse effects fluoride has on the health of people, with an intake of excessive amounts of fluoride everyone is finding ways to remove fluoride from the water they are wanting to consume.

How To Remove Fluoride From Water Cheaply?