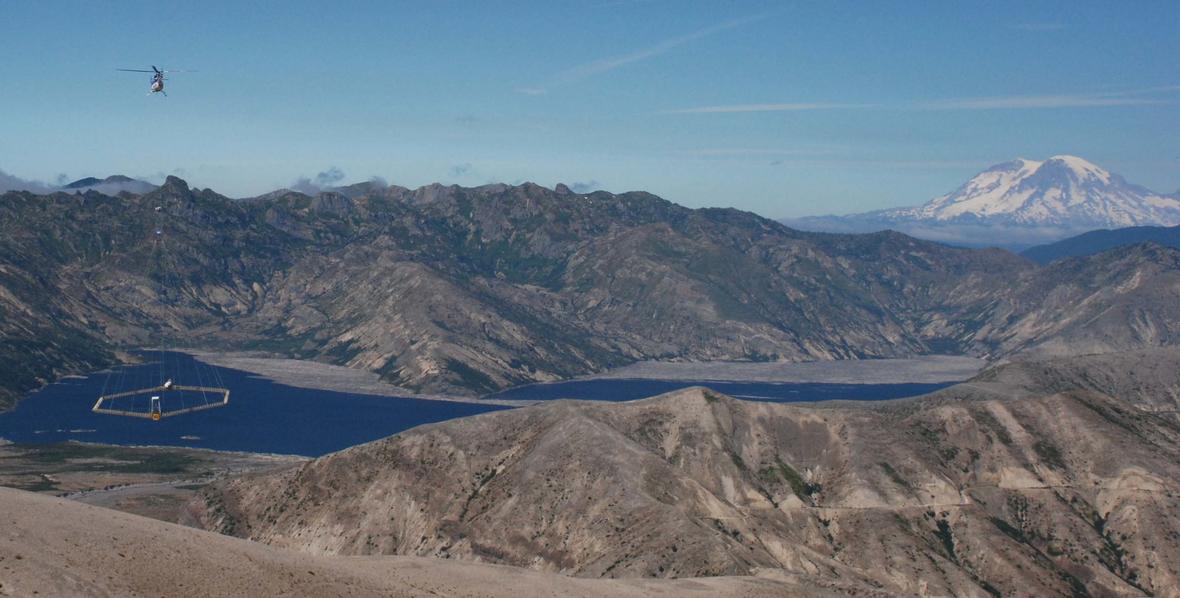 A new study providing an unprecedented regional view of the earth’s crust beneath Yellowstone National Park will begin with a helicopter electromagnetic and magnetic (HEM) survey on November 7, 2016. Scientists from the U.S. Geological Survey, University of Wyoming and Aarhus University in Denmark hope to distinguish zones of cold fresh water, hot saline water, steam, clay and unaltered rock from one another to understand Yellowstone’s myriad hydrothermal systems. The flights will continue for the next two to four weeks.

A low flying helicopter, about 200 feet above the ground’s surface, will travel along pre-planned flight grids focusing on the Mammoth-Norris corridor, Upper and Lower Geyser Basins and the northern part of Yellowstone Lake. An electromagnetic system, resembling a giant hula hoop, will be suspended from the helicopter’s base. The equipment senses and records tiny voltages that can be related to the ground’s electrical conductivity.

These observations, combined with existing geophysical, geochemical, geological and borehole data, will help close a major knowledge gap between the surface hydrothermal systems and the deeper magmatic system. For example, research shows that the hot water spurting from Yellowstone’s geysers originates as old precipitation, snow and rain that percolates down into the crust, is heated and ultimately returns to the surface. This process takes hundreds if not thousands of years. Little, however, is currently known about the paths taken by the waters.

The data collected from the flight will guide future ground-based geological, hydrological and geophysical studies.

USGS provides science for a changing world. Visit USGS.gov, and follow us on Twitter @USGS and our other social media channels.